My song for the New Year….The Chronoscope Trips
May all your moments find each other easily…
Peace to you…Scott Anthony

Live highlight reel from my I-Don’t-Do-Lazy-Like-That-Show…. Featuring Amici Singers under the direction of Corinne Groff, Carter Powley on sax/flute, Danny Jones on bass and Justin Huack on percussion. Also see Shea Usick perform his yoga moves live to Wisdom is Waitin’ on Me! …..and me

Saskatchewan Jazz over Prairie Skies…Isn’t It Grand? Isn’t It Thrilling?

Title track of my CD “I Don’t Do Lazy Like That” in a plaid onesie….Now, that’s something I don’t wear everyday…or ever (except on video shoots)

A video release from my CD “I Don’t Do Lazy Like That”  is the song “Isn’t that the Reason Why You Came?”  which features my very good friend Corinne Groff and her many fabulous dresses!

Check out the following Live-off-the-floor video, Light a Candle for a Dance. Studio version available on I Don’t Do Lazy Like That

BIO – Scott Anthony Andrews is a Prairie-Maritime singer-songwriter—land and sea. Musical genres include Adult Contemporary (AC) Pop Jazz, and AC-inspirational. Scott Anthony released his third CD, I Don’t Do Lazy Like That (2017-Oct soft-release; 2018-March wide-release) to critical applause “Andrews shines at his best when performing upbeat contemporary pop tunes that feature a jazz flair …the tight rhythm section and swelling horns allow for Andrews vocals to soar!”  (Gerrod Harris, Canadian Beats Media March 1, 2018). Mastered at Carvalho Studios in TO, the CD was produced at Cosmic Pad Studios in Saskatoon by Ross Nykiforuk. Ross also produced Scott’s previous two CDs and his Christmas single, “I Still Say Merry Christmas.” Lazy Like That features some of Saskatchewan’s finest musicians Rich McFarlane (acoustic and electric guitar), Gent Laird (stand-up & electric bass) and Glenn Ens (drums); Ross also played organ.  Lazy Like That is being played on Indie and College Radio stations across Canada; indeed, the show All about Jazz on CKOL in Ontario devoted an entire show to the CD! Scott Anthony created this collection inspired by the prairies “Running Away with the Stars”, by the East Coast “Jazz on the Harbour”, by Central Canada “Musoka”, by First Nations art, by Orlando “Light a Candle for a Dance” and, of course, by love “I Don’t Do Lazy Like That,” “Isn’t the Reason Why You Came?,” “And I Wanted To”…Scott has even written a song about yoga, “Wisdom is Waitin’ on Me.” Several songs have videos produced with Crushed Rockets videographers, including one that features Mr. Shea Usick who performs some awesome yoga feats in Wisdom; Theodore Tugboat even makes an appearance in the video “Jazz on the Harbour” (see http://scottanthonyandrews.com/epk/).

Scott Anthony most certainly has a director’s eye for producing a musical show—more than a concert. His CD release, The I-Don’t-Do-Lazy-Like-That Show, was built around songs’ back-stories, which were projected onto a screen behind the musicians, and even included video clips of theoretical physicist Dr. Brian Greene for the song “Chronoscope Trips,” and another clip of playwright Kelley Jo Burke for the song “Just Take a Bow.” Having followed appropriate Fist Nations’ protocols, Scott Anthony was joined on stage by his friend Dale MAC and his Spirit Drum for “A Blanket of Horses.” Corinne Groff and Brenda Scarfe, the Double D’ivas, provided background vocals with Carter Powley on sax/flute; Danny Jones on bass and Justin Huack on percussion, and Scott on piano and vocals.  Additionally, Scott Anthony arranged his songs Muskoka and I Say Amen to That for SATB, and was joined on stage by the Amici Singers Choir under the direction of Corinne. In Saskatoon also had artists Ross Nykiforuk, Lyn Bessie McGinnis and Rhonda Gallant-Morari join him in Saskatoon. Scott coordinated several events that feature YQR Songwriters, and brought his directorial sense creating, for example, the Why I Write Songs, and Songs across the Prairies shows. He has toured Western Canada and parts of the Maritimes.

Dr. Scott Anthony is a full professor of Educational Psychology at the University of Regina, and is working on projects that bridge these two worlds through Arts-Based Educational Research (ABER). Kelley Jo Burke (KJB) wrote and performed a successful one-person play about coming to terms with her youngest son’s diagnosis of autism.  KJB and Scott Anthony transformed this play into a musical; Scott Anthony contributed words and music for the songs. They performed the musical for in-service and pre-service teachers; focus groups were conducted and results/excerpts were presented in Athens, Greece (2018, July) at IASSIDD (International Association for the Scientific Study of Developmental Disability). Currently, Scott Anthony is writing a song-cycle for the Beginning Teachers’ Study (BTS), which is a pan-Canadian study based out of Western University under Dr. Jacqui Specht, which takes up salient factors that contribute to teacher success at creating inclusive classrooms. These BTS songs use teachers’ own transcribed words as lyrics. Additionally, Scott Anthony is currently co-chair of the YQR Songwriters and has been, since its inception, and has recently completed his Songwriting Specialist Certificate through  Berklee College of Music (online), and has had the privilege of studying under Neil Diercks and Sarah Brindell. Through Berklee, Scott Anthony has met and collaborated with songwriters all over the world, including Italy, England and other parts of Canada….though his heart still lies in the Maritimes and prairies. 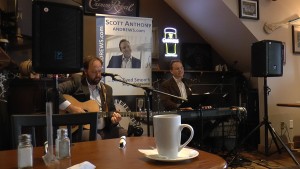 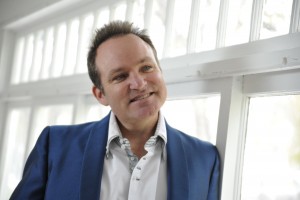 2016 Selected for the S.A.C. Summer Songwriting and Blogging Challenge: 4 songs in 4 weeks Sponsored by Songwriters Association of Canada