Regina Songwriters’ Circle: More than a Circle of 5ths

Scott Anthony Andrews Posted on May 20, 2017 Posted in Uncategorized

I am filled with both pride and gratitude. Wanda Gronhovd and I, co-coordinators of the Regina Chapter of the Songwriters Association of Canada (SAC), are preparing for our group’s first showcase on June 15 8pm at Creative City Centre (mostly Wanda…truth be told). Wanda is the perfect co-chair; she really is able to get things done—and is quite a talented songwriter, who is currently working on her second CD.  Indeed, there are some wonderful songwriters lined up to perform for you like Wanda and James Gates. Also featured is our resident lyricist, Brian Smyth. As a songwriting circle, we get to hear not only the songs, but their genesis and growth. I have been able to watch these songwriters as they hone their craft and work to get better and better.

Honestly, being a part of a community of songwriters has been good for my soul.  In fact, there are only two things that seem to lift me up from the mire of the everyday: my songwriters’ community and the act of songwriting itself—so far, nothing else has come close. Every third Thursday of the month (our meeting time), I have received comradery, solace and kinship. We have attracted songwriters from across southern Saskatchewan, such as Glenna Switzer, 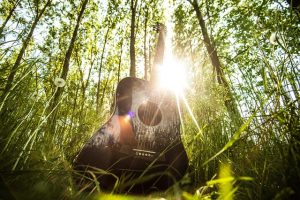 who recently won a Saskatchewan Country music award! Many of these folk found us through Lorena Kelley from Sask Music—thank you Lorena. On these Thursday nights I have the pleasure of listening to a wide musical spectrum—from Indie folk to country to jazz/blues to pop, even electronic/dance music (such as Jane Gjlestland, who also recently won UK Songwriting award). As a SAC Writers’ Group, we have been privileged to be visited by some wonderful colleagues this year…Belle Plaine and Megan Nash to name two.

I will perform the title track of my forthcoming CD “I Don’t Do Lazy Like That” (now mastered…and soon to be going into ‘actual’ production). I also plan to do a song I wrote while in the Songwriting: Melody course as part of the Berklee College of Music Songwriting Specialist Certificate….tentatively called “Bendigeidfran”
…try putting that in a song 😉