A New Year’s Video and a Christmas Video!

Well friends…it is most certainly the Holiday Season… or perhaps, more accurately a Holiday Season. I have two things I would like to share with you: a new Lyric Video of “I Still Say Merry Christmas” and a new lyric video for a song for my New Year’s Song “The Chronoscope Trips.” Who remembers Tinker Toys? Spirograph? Etch-a-sketch? The Slinky? Lite-Brite? The Sears Wish Book? Lite-Brite was fun…until you lost some of the coloured pegs and you needed like two more green or two more red to complete your picture. Etch-a-sketch was fun…for those who had patience to move those L and R buttons with infinite precision to create a picture…Nevertheless, “I Still Say Merry Christmas” hearkens back to “The Carpenters” and “Barry Manilow”…when harmonies were “in”….Incidentally, I not only say Merry Christmas, I also say Happy Hanukkah, Gong Hei Fat Choy, Gong Xi Fa Cai (Happy Chinese New Year), Joyeux Noel, Feliz Navidad, Happy Diwali Wishes….and… 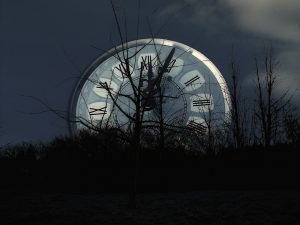 My New Year’s Song and New Lyric Video is called “The Chronoscope Trips.” Brian Greene, physicist and “superstring” theorist, published The Hidden Reality: Parallel Universes and the Deep Laws of the Cosmos (2011). I read it and was thankful for the everyday explanations that preceded the complex mathematical ones. More than anything I was intrigued with the implications about our assumptions about matter. If the amount of matter is fixed, then there are, necessarily a set number of combinations in which it may be arranged (as I understand it). So, it is possible that there is more than one universe existing, more than one me, and more than one you, right now. This concept became fodder for this track…”Parallel lives can confound you…In the temporary ether of love’s warm embrace, is this all it comes down to:

You and I in this time and place?
And with each missing thought that searches for a believer,
the Chronoscope Trips…

I think such reflection about Time, Time Travel, the everyday magic within each piece of time are especially salient for the New Year. May all your moments find each other easily… And may your Festivus holiday and/or non-holiday be a season of Peace. (Check the videos in the Video Tab… or click here http://scottanthonyandrews.com/epk/)
Scott Anthony